Leptin Resistance—Appetite Hormone Off the Rails 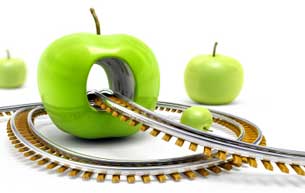 Leptin is a fascinating hormone. Until 1994, we did not even know if its existence. And yet all along, leptin had been there quietly in the background. It's starting to look as if leptin is the master switch for appetite, blood sugar, fat-burning, bone health, and fertility.

Leptin is a key message from the fat to the brain. It's supposed to say:

But what happens if that message goes astray? What happens when the brain stops listening to the leptin coming at it? The message doesn't get through, and the result is:

Consumption of refined carbohydrates, especially sugar and fructose causes an excessive release of leptin. Over time, when the brain is exposed to this much leptin, it has to stop listening. It has to adjust, because from the brain's perspective:

"Surely that cannot be the correct information? We cannot have eaten that much sugar! There must be some mistake. I better change the way I do things."

The entire leptin signalling system is thrown off the rails. Leptin is no longer the helpful satiety message that it once was. It has a dark side.

When the brain becomes leptin resistant, it does not know that there are enough food and enough fat stores. It is under the false impression that food is scarce. It sends out powerful messages to eat, and it tells the body to store fat.

The leptin resistant person wants to eat all the time. Fat tissue accumulates and secretes more and more leptin, but the brain still isn't listening. It still thinks the body needs more food! In the meantime, the excess leptin does damage. It signals the liver to secrete excess blood sugar, it increases inflammation in the body, and it interferes with normal ovulation and reproduction.

In a recent ground-breaking study on mice, leptin supplementation was shown to completely normalise blood sugar, irrespective of insulin. Leptin does this because it prevents the production of glucose by the liver. Experts are stunned by the development. It means a complete rethink about blood sugar, and it could pave the way to a cure for diabetes.

Lean people have a low leptin set-point. In other words, their brains are accustomed to low leptin. If leptin drops a little more from hunger, then the brain response is a reasonable fashion. It signals the body to eat, but it doesn't trigger a massive fat storage reflex. This is normal leptin sensitivity.

Overweight people, on the other hand, generally have a high leptin set-point. They are used to a lot of leptin, so when leptin drops due to calorie restriction and fat loss, the brain panics. It sends out strong hunger messages and signals the body to store fat.  That post-weightloss drop in leptin may continue for up to 1 year. In other words, the hormonal message from the body after weight loss is to eat more and to regain the weight.

Rapid weight regain can be prevented by not allowing leptin to drop too low during the weight loss phase. A large meal once per week (but not refined sugar) will cause a beneficial leptin surge to stimulate metabolic rate, and suppress appetite. This can be part of a successful strategy to reduce the leptin set point slowly over time.

Strategies to reset your leptin signalling:

A simple blood test for leptin is available from Sensible-Alternative naturopaths. 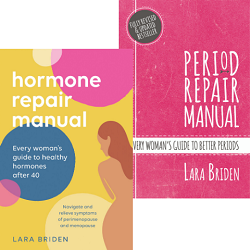